Councillor Joe Harris has welcomed the news that Cirencester’s state of the art CCTV system is now monitored 24/7. 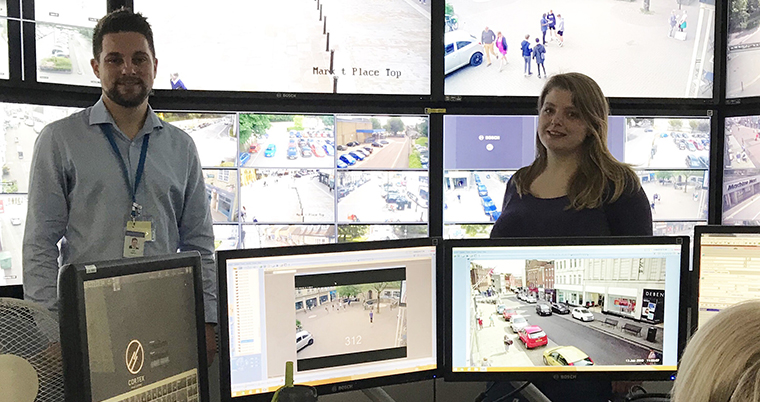 In 2010, Conservative-run Cotswold District Council made a decision in secret to cut CCTV monitoring hours in Cirencester which sparked public outrage and a campaign by residents and Councillors to see the hours reinstated.

Two years later Lib Dem Councillors secured the transfer of ownership of the CCTV system from the District Council to the Town Council and set about comprehensively upgrading the ageing system.

Now, after successful negotiations between the Town Council and the Police and Crime Commissioner, the monitoring of CCTV has been transferred to Gloucestershire Police HQ where the pictures will be monitored around the clock.

Joe said: “It’s been a long time coming but this is fantastic news for our town and means that local residents can sleep safer in their beds. Of course it won’t stop or solve all crime but it will ensure the police have a head start when dealing with criminals.”

“When the Town Council assumed ownership of the CCTV system from Conservative-run CDC it was barely able to capture an image let alone a criminal, since then we’ve seen a comprehensive investment into our CCTV system and now it’s monitored 24/7. “

“This is another issue where when push comes to shove the Conservatives are all talk and no action and the Liberal Democrats are really delivering for Cirencester.”