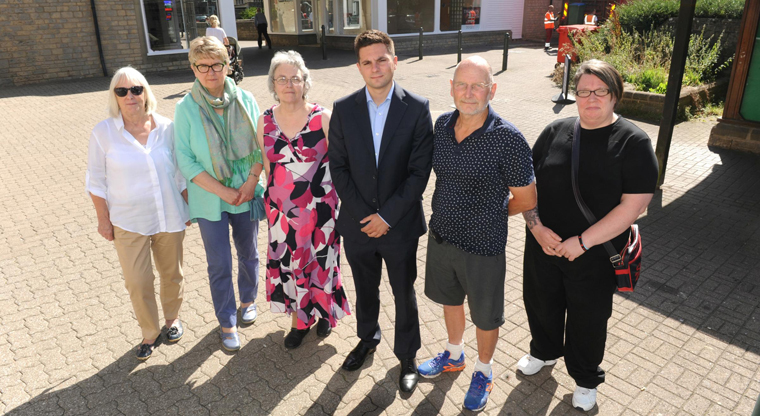 The Wildmoor group secured planning permission to transform the Brewery Court area in Cirencester Town centre in 2014 and earlier this year pledged that work would be completed in Summer 2017. The plans included proposals for a four screen cinema and new shopping complex.

Enquiries by local community groups, the area's MP and the Wilts and Glos Standard have all fallen on deaf ears as Wildmoor have failed to respond to requests for information.

Cllr Joe Harris said: "The public are getting fed up with the lies being told by Wildmoor on Brewery Court, unless work starts immediately then it will be quite an amazing feat if it is finished by next summer like they promised earlier this year.

"I understand that they still don't own large areas of the site, and that they aren't in a financial position to commit to anything. They need to upfront with the public about their intentions, we don't want another repeat of the Kings Head hotel debacle, Wildmoor allowed that site to stay derelict for nearly a decade.

"I also believe Wildmoor have acted very questionably with local residents and community groups. The Park Community group have written twice to the company to ask for Wildmoor's support in clearing up the area and received no reply, it's a very poor state of affairs.

"I, and other members of the community are more than happy meet a representative from Wildmoor. I won't be holding my breath though."