The Leader of Cotswold District Council has written to Thames Water in a bid for more support for communities affected by sewage flooding over the Christmas period. 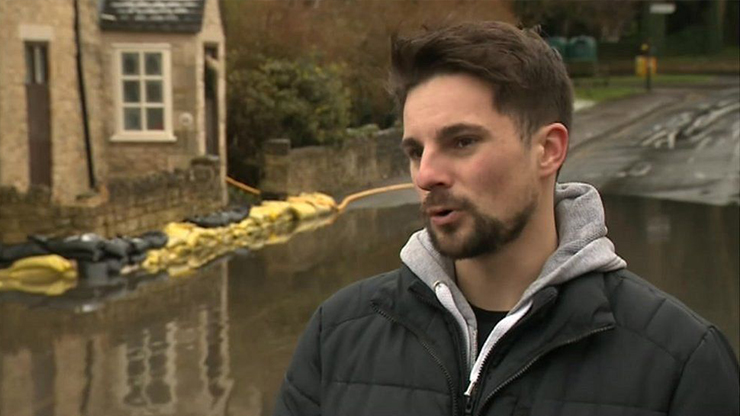 In the letter, Cllr Joe Harris, calls for a detailed report explaining what happened and what action will now be taken to prevent further incidents of sewage flooding.

Thames Water is the organisation responsible for managing the sewer system in large parts of the Cotswolds. The District Council is also looking into what schemes are available to compensate residents affected.

Communities in Cirencester, Siddington and South Cerney have been affected by repeated sewage flooding over the past decade. Where water levels have risen - flood water has become contaminated by raw sewage which has entered homes and gardens. It has also meant that many residents were left without flushing toilets and showers, sinks and washing machines that would not drain away.

A number of Cotswold District Council cabinet members, councillors and officers were on scene throughout the most recent incident over Christmas supporting local residents with sandbags, pumps and temporary toilet facilities.

The District Council is looking to pull together all the local agencies responsible for managing flooding to help develop solutions that will benefit local residents.

Leader of the Council, Cllr Joe Harris, said: “Thames Water needs to act in order to prevent river water infiltrating sewage systems on this scale again - it is simply not good enough that 7 years on from the last significant sewage flooding event we seem to be no further forward. No one in the 21st century should have to spend Christmas in their wellies surrounded by floodwater containing human excrement, tissue paper and used sanitary products.

"Many families in the Cotswolds were impacted by the sudden floods over the Christmas period. Gardens were submerged by sewage water, carers were forced to wade through dirty water to see patients and many elderly residents were without power or water which forced them to have to leave their homes

“However, it is not just sewage flooding we need to prevent. We need a robust flood prevention and emergency response plan in place. That’s why I will be calling a meeting of all relevant local agencies – Thames Water, the Environment Agency and Gloucestershire County Council – to discuss our approach, see what lessons can be learned quickly and make sure our strategy is more joined-up and effective in the future.”

For more information on what to do during or after a flood, visit: https://cotswold.gov.uk/environment/flooding/

For details on how to report flooding, visit: https://cotswold.gov.uk/environment/flooding/report-flooding/