End to parking nightmare in sight

Local Councillors have welcomed news that yellow lines are finally about to be put down in several roads in Cirencester, ending what residents have described as a 'parking nightmare'.

For nearly two years cars have been parking on the Somerford Road bridge over Cirencester's ring road due to parking pressures in the town, whilst on Chesterton Lane students frequently park on the road causing fiction between cars passing. 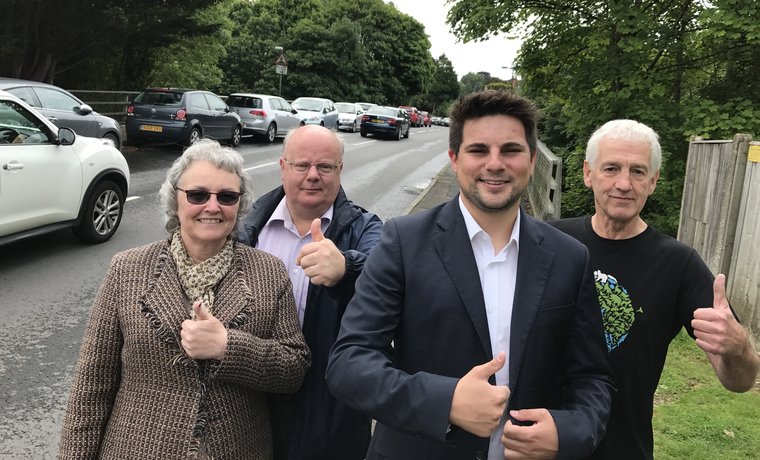 Gloucestershire County Council have just released details of the TRO which will come into force on September 11th, with yellow lines due to be painted a few weeks later in October.

Councillor Harris commented: "I'm very pleased that an end to the parking nightmare in these areas is on the horizon. These stretches of road have become dangerous for motorists to navigate when lots of cars are parked on them, it is particularly difficult to see down the road when pulling out of nearby junctions and I've seen emergency vehicles struggle to get through."

"I'd like to thank all residents who have helped me lobby for a solution and had their input into the process as well as the local District Councillors Jenny, Roly and Ray who've supported me with this campaign."

"It is however frustrating that it has taken so long to get this far, I allocated the funding at the start of 2016. The legal process required to implement this change has been tedious and a lack of urgency from the County Council has frustrated me. I've asked for a review of the laws and rules to be undertaken and I may write to our Member of Parliament to try and secure a change to the process required for minor changes such as these."

"It's also worth noting that whilst this will ease the problem in these areas I am renewing my call for a comprehensive review of on-street parking across the town, there are severe issues in other areas and what we do in one area naturally has an impact elsewhere. We're reviewing our car parks, it's also time for the County Council to do their part and review on-street parking in an holistic way."