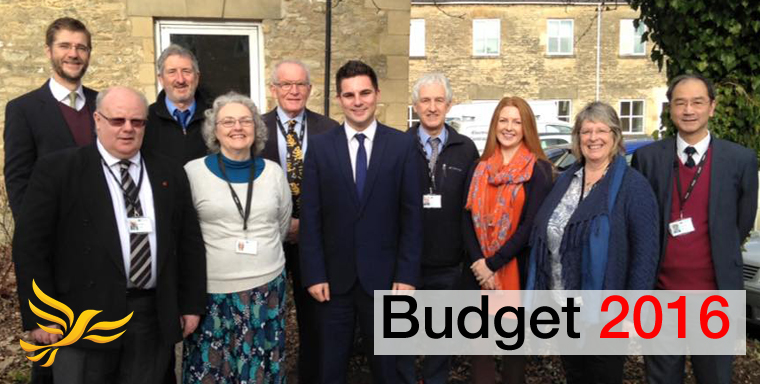 The Liberal Democrats secured a number of wins at Cotswold District Council's (CDC) budget meeting earlier including periods of free parking in Cirencester, funding for more parking spaces in the town and half a million pounds worth of investment to roll our super fast broadband.

The successful 'free after three' campaign was extended meaning parking in Cirencester's Brewery and Forum Car Parks will be free on weekdays after 3pm.

Leader of the Lib Dem group at CDC Cllr Joe Harris (St Michael's Ward) commented on the news saying "I'm delighted that we've secured an element of free parking in the Town, we've been campaigning for fairer parking charges for a number of years and to see it actually happen is great news. This move will help support hardworking local people, it will support local businesses and it will get people back into our town that have previously gone elsewhere because of the high parking charges."

It was also agreed to spend £500,000 on the rollout of fibre optic broadband in the Cotswolds which will be match funded by Gloucestershire County Council.

Cllr Jenny Forde (Churn Valley and Chedworth) welcomed the move saying "I've been campaigning on improving broadband in our area for well over a year, speaking to many local residents it's clear that improving broadband connections will enhance people's quality of life and give the local economy a welcome boost."

£75,000 was also secured to help fast track an increase the amount of parking spaces in Cirencester.

Cllr Mark Harris (Abbey Ward) sits on the cross party group looking at future parking options for the town' he said “I know from personal experience that the ‘free after 3pm’ deal has been much appreciated by businesses in Cirencester and I am sure that they will be buoyed by the news that it is being extended at the Brewery and Forum car parks throughout the Market Place refurbishment work.”

The Lib Dem group also put forward proposals to increase council tax by four pence a week to secure Council finances for the next few years and allocate £35,000 on an extra environmental officer to tackle dog fouling, fly tipping and litter.