A landslide victory saw Joe Harris re-elected as one of Cirencester's two County Councillors in the local elections. 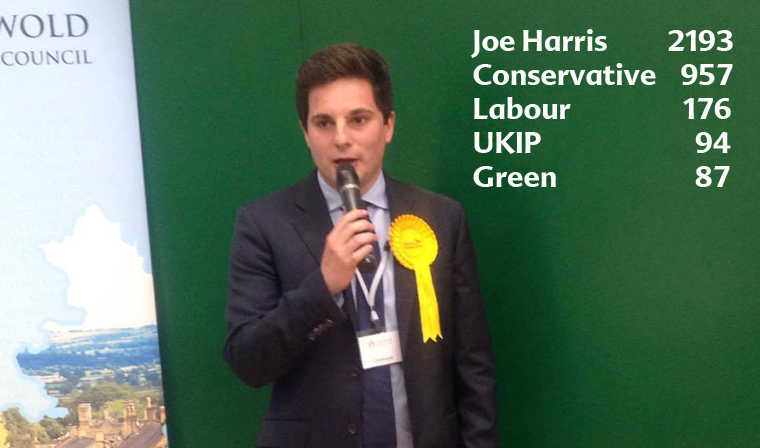 Comfortably holding the Cirencester Park seat for the Liberal Democrats, Joe increased his majority to over 1200 on an increased turnout compared to the same elections in 2013.

Joe centred his campaign on protecting and improving local NHS services as well as securing greater investment into local roads.

Joe commented: "I'm thrilled to have been re-elected to serve the town I was bought up in, Cirencester is a special place and faces big challenges. We need to be prepared for the future so when I see local NHS services being cut and the state of the roads so poor it reaffirms my commitment to fight for our town.

"My result shows that the people of Cirencester have decided they want to continue with the Liberal Democrats' positive vision for our town and not return to Conservative representation.

"This result also highlights that the people of Cirencester have rejected the direction that the Conservatives are taking our town in. Their administration's plans for 2350 new houses at Chesterton, their unwillingness to stand up for the hospital when faced with downgrade and their failure to get to grips with parking show how out of touch they are with local opinion. I will continue to fight for local people and represent their views."