A popular public space in the heart of Cirencester has been saved from development. 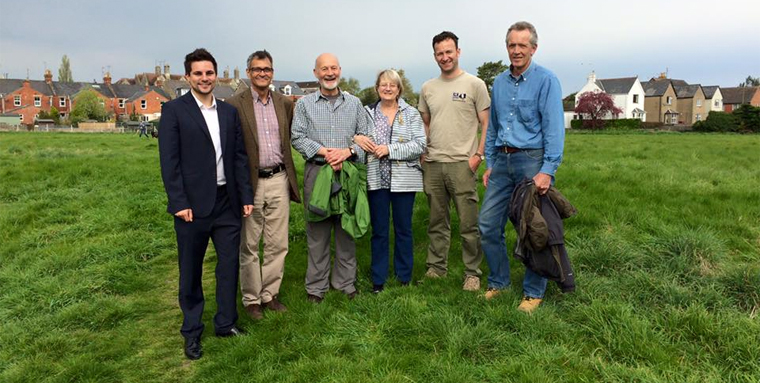 Cirencester Town Council stepped up to buy the field between Purley Road and Victoria Road amid fears that a planned sell-off by the county council could invite opportunistic builders.

The land is a popular beauty spot for dog walkers and children, and plays host to Cirencester’s biggest fireworks display, an event which had to be moved to the rugby club last year.

This year's fun has now been given the green light by the Lib Dem town council.

The cost of the land will not be known until the sign-off is complete.

As the land went up for sale, residents were quick to respond, saying it was a vital community space “used at all times of the day”.

Historic England had laid out their opposition to development at the site, saying Roman era remains buried underneath would be “greatly harmed” and could “lead to a loss of important archaeological information”.

It will be several months before the land is officially transferred into town council hands, but early plans are already in place to use the land to promote wildlife and teach skills.

Local Councillor Joe Harris was instrumental in helping persuade the County Council to keep the field in public hands.

Joe said: “I’m thrilled that GCC have accepted the Town Council’s bid to purchase the land, I spent time lobbying the County Council to try and find a solution where the land remained in public ownership for the benefit of local people and to hear that they’ve taken this on board is great news.

“It was clear from the feedback we received that locals didn’t want to see just another housing development and that this is an important open space in Cirencester. The Liberal Democrats running the Town Council have an excellent record at maintaining and enhancing green spaces in Cirencester, I'm really looking forward to seeing what they can do with the field."