The Liberal Democrats on Cotswold District Council (CDC) have been successful in ensuring a special Council meeting will be held to discuss the suitability of South Cerney as a home for an expanded waste vehicle depot. 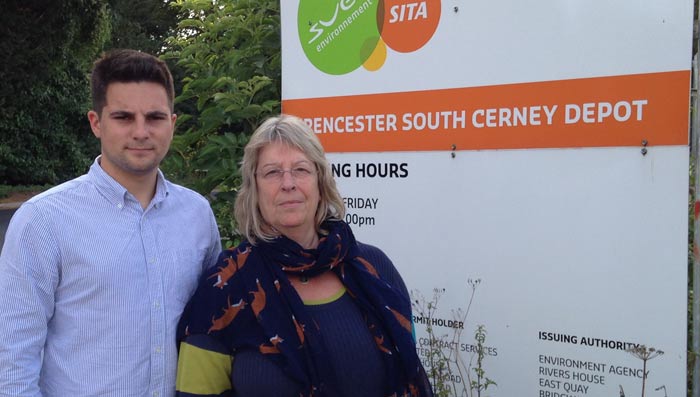 A written request has been submitted by six Liberal Democrat Councillors to the Chairman of the District Council voicing concern about the continued suitability of South Cerney as a home for a waste vehicle depot and calling for a debate on the whole issue.

In early June a petition with over 1000 signatures was submitted by local resident Patricia Bloxham on behalf of the Save South Cerney Group, the petition passed the threshold required to secure a Council debate.

“We’re calling on the Conservative administration at CDC to listen to residents in South Cerney and end their pursuit of the village as a permanent vehicle depot site or future waste station.

I applaud the action that local residents have taken to try and preserve their village and I think the length of time residents have had to wait to have this petition debated is wholly unacceptable.

We have called this meeting not only to give residents the chance to have their voices heard and considered but also to give the whole Council the opportunity to decide whether South Cerney is actually a suitable site for a waste vehicle depot.”

A motion proposed by District Councillor, Juliet Layton (LD, South Cerney Village Ward) will also be considered at the special Council meeting. The motion calls for a complete halt to any further progress so that member and public confidence can be established regarding all issues in respect of transparency, legality and morality.

It was revealed last week that CDC’s former waste contractor SITA has been breaching planning permission at its South Cerney site for over ten years. Now the Council wish to move their own waste company UBICO to the SITA site.

Cllr Layton commented saying “It seems extraordinary that the Council can take advantage of an illegal breach by its former contractor in order to bypass the planning system in applying for a Certificate of Lawful Existing Use.

I have been asking for a decision on the meeting that the village petition should have generated; the Council has procrastinated since the beginning of June. Cotswold District Council have put the vehicle depot extension decision in the hands of an independent solicitor. It is therefore imperative that the local voice is heard without delay.”

The special Council meeting is scheduled to be held during the w/c 17th August.